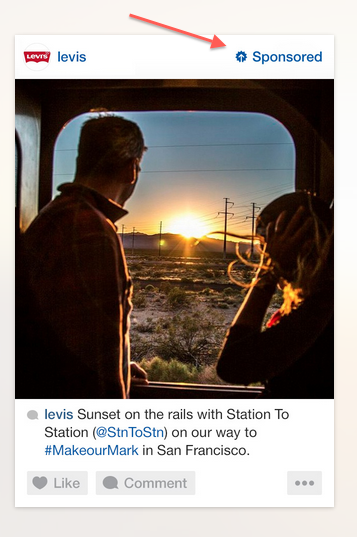 Does it seem like, eventually, everything turns into a platform for advertising? For social media, that seems to be the trend when comparing networks over the years. Everything from Facebook, Google, Twitter, Pinterest, and Pandora have all followed the same trend. Using a great business plan (and a lot of foresight), they open their online “doors,” create a massive following, and after a few years succumb to the massive potential profit that is advertising.

Even though it took some time, it is clear that the mega success of our beloved Instagram has followed suit. After Facebook bought the ultra popular image sharing platform for a cool $1 billion, they didn’t waste time reaping a return on their investment. In late 2013, Instagram announced that they would start releasing “sponsored” posts that would look and feel like the other images users were already sharing. The Beta version of these sponsored posts were designed to “underwhelm” users so that they might not even know they were looking at an advertisement. These sponsored posts were only given to a select number of brands like Ben & Jerry’s, Macy’s, Michael Kors, Lexus, and Levis, in order to test out consumer reactions. However, recent studies show that these advertisements were highly successful due to the limited number of competitors on the site, the quality of the advertisement, and the fact that it is an image instead of text. Many advertisers understand that images are far more powerful than words, which is why Instagram, along with its huge user base, is an ideal platform for marketing.

But how will Instagram know what brands you like or images you’re drawn to? The beauty and genius of the merger is that Facebook already knows everything about you! Between the information Facebook has already collected about you (likes, interests, hobbies, etc.) and the images that you like and follow on Instagram, advertisers are able to put more customized and targeted ads in front of you. The hope is that these ads will be so successful that companies will eventually pay more to advertise. So watch out, you might actually start seeing ads that you enjoy!

Have you seen an ad on Instagram that grabbed your attention? Let us know in the comments!