Five For Friday: Amazon Gets Physical, Tinder Cleans Up, & G+ Asks, Am I Pretty? 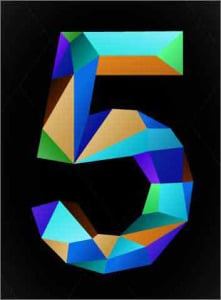 For awhile now, the dating app Tinder has been overwhelmed with spam bots, or accounts created to flirt with Tinder users and then direct them to adult sites. However, this summer, Tinder was called out by Symantec and therefore had to address the issue with an update. At first it appeared the update addressed the issue, but a new report is showing that the spammers have just moved to using SMS texts.

Recept news reports say that Amazon is planning to open a Manhattan store just in time for holiday traffic. According to WSJ, the new store, opening at 7 West 34th Street, is to operate as a mini-warehouse of sorts, allowing returns and pickups. Others had reporting that this might be a place for Amazon to showcase it’s upcoming products such as new e-readers, the Fire Phone, or Fire TV. Either way, this could be a game changer for this e-commerce provider.

As of October 9th, Google+ is giving users the ability create and share polls. This was a tool Facebook was offering back, but then pulled back in 2012 finding it redundant. This new feature in Google+ will on the web and Android versions within the next few days, and then eventually iOS. On October 9th, Google announced an update to their conversation search functionality which should make it easier for planning. Overall the new features include, location-based searches, making reservations, and finding directions. These new features are now available on the Android and iOS app. What does this mean for businesses? It’s more even important to optimize your site for local search as well as to verify your Google+ local listing. If you own a restaurant, then you should ensure you are listed on OpenTable so you don’t miss out on potential customers!