Take A Breath Before You Tweet, OR: Internet ADD Wrecks the Good Ship Netflix Jeez, it’s been practically seven minutes since I checked for new notifications on Facebook. Refresh, nothing. Ohhh, there’s a picture of a kid I vaguely knew from high school and now he’s linking his tweets into the Facebook feed, let me click over there. Do I follow Kim Kardashian or just Khloe? Any new tweets from the Biebs?

It’s obvious that my attention span on the Internet can be severely limited at times. And why not? There’s barely any reason for one to even type in words, just a lot of pretty pictures to click on. Heaven forbid I forgot the name of some obscure reality television star, but if I do the answer is instantaneously at my fingertips. The Internet experience of today is different than it’s ever been before. Websites create a far more intimate and immersive experience than just 2 years ago, and are in a completely different arena than 10 years ago. Pictures are worth a thousand words, and they need to be when one only has 140 characters to elaborate on major personal news and global current events.

While many years of information are archived in cyberspace, much of its utility is focused on the right now. Breaking news happens and a network of millions set to debate, coming to instantaneous conclusions. The people unite and use their freedom of speech to make a stand, but is this a good thing? Can the immediate evaluations made by web junkies actually be harmful?

In the case of Netflix, popular web opinions have been shown to have a powerful influence over the productivity of the company. In July, the California-based company raised the prices for their various streaming and DVD rental plans. Since the price increase went into effect, July 13th, Netflix’s stock (NFLX) has decreased 36% and has lost 800,000 of their nearly 24 million customers. Aside from the tangible effects, Netflix has suffered far worse in the court of public opinion. Users across the net threw their arms up in a rage when Netflix announced that it would be dividing its business into two entities, one specifically for streaming and the other, Qwickster, for DVD’s by mail. The plan to split the company has since been scrapped due to the public outcry. 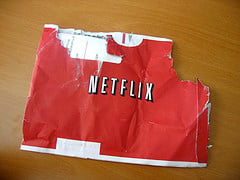 Is what has happened to Netflix in the last four months a good thing? Netflix is a tech company and should rightfully be judged by its tech savvy clientele, but technological Darwinism is a shaky field to venture into as a for-profit company. Is the customer always right? Sorry America, but the answer is no. While the almighty dollar may empower individuals to sway decisions of major companies, it does not mean that consumer pressure always leads to the right outcome. In the case of Netflix it is entirely possible that a month from now the once-glorified media company could be trading for pennies on the dollar and begging Hulu or Amazon to buy them, and everyone could dub Netflix a failure. This is all possible, but it would not necessarily make the actions of Netflix wrong. The immediate conclusions of the Internet-savvy can severely hinder companies’ ability to make improvements to their product, because one or two of those alterations rubs consumers the wrong way. My advice to consumers: take a breath, don’t jump to conclusions, quit sweating the technique and just give products wiggle room to evolve. Who knows — you might even like it.