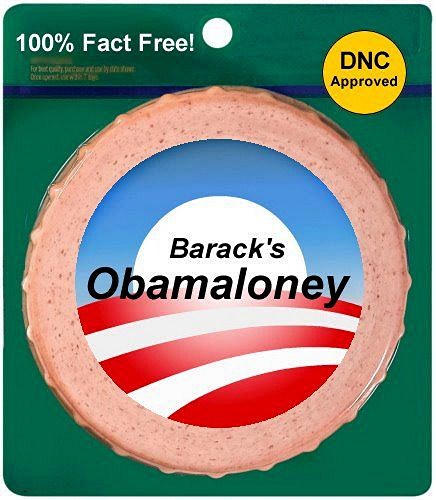 At some point during the endless presidential election of 2012, you probably shared a political opinion on Facebook that you were wholly unqualified to advance. Facebook is one of those great and terrible places where totally uninformed people can share their feelings with everyone they know. There’s just no room for actual rational argument on Facebook — at least, that’s the biggest thing that I’ve learned during this past election cycle.

Here are five other things I learned about politics from reading my Facebook feed:

Everybody has an opinion, and you better not disagree with it.

Did you study political science in college? Do you have a degree in economics? Do you even know anything about the tenets of national socialism? No? Doesn’t matter.

Facts and emotions rarely align, especially when social media is involved. Your aunt, uncle, grandmother, high school classmate, co worker, and friend from the coffee house all know that they are absolutely correct. If you want to remain Facebook friends with any of them, the best thing to do is do not engage when they proclaim that a vote for Romney is a vote for the Lizard People, or that President Obama is going to sell the entire country to Lithuania.

Just smile and back away while not making any sudden movements.

Sometimes it’s legitimately difficult to tell if someone is joking.

I enjoy a well formed joke just as much as everyone else. I think it’s incredibly funny that Republicans took to referring to anything Obama said as “Obamaloney,” specifically because it reads as “Oba Maloney.” I came very close to writing a killer post about how everyone should leave my good old uncle Oba Maloney alone.

But then I realized I was opening myself up to anyone who could possibly interpret the obvious hilarity in a way that I hadn’t intended. That unwritten post probably would have ended up with as many comments from people choosing to expound on the truthiness of the President’s latest statements as from people who enjoyed the scintillating wordplay on my part.

Seriously, Oba Maloney. That just cracks me up.

When people say they are moving to another country on Facebook, they probably should.

Do you bloviate endlessly about the heinous misdeeds of those big bad meanies on the other side? Do you attack and browbeat anyone who opposes anything you hold to be true? Do you think women need to use birth control each and every time they have sex, and that having a prescription for birth control automatically makes a woman a prostitute? (Okay, that last one is optional.)

If this is you, then you probably woke up this morning wanting to no longer be an American. And you probably said something to that effect on Facebook. To that I say: okay, cool. Send me a postcard.

It really doesn’t matter what your opinion is.

You are not a unique and special snowflake. You are not influencing anybody’s vote in any way. There is simply not a single scenario wherein one of those mythical “undecided voters” chose one side over the other because of a well-placed status update.

You have every right to express your political opinion on Facebook. I just want to let you know that it doesn’t matter. The people who agree with you may like it, and the people who disagree with you may remove you from their newsfeed. You will not, however, have any impact on the Electoral College at all. Sorry to burst your bubble.

Your friends hate it when you talk about politics on Facebook.

Seriously. This is always, always, always true. The only people who are worse than the self-appointed Facebook pundits are the idiots who shake yard signs at drivers in the middle of busy intersections on election day.

The bottom line is, while Facebook is a tool for personal networking, it’s no venue for political discourse. By keeping the commentating to yourself, you can avoid a whole lot of headaches and maintain your personal brand. Now that the election is over, let’s all find other things to talk about and fight about on Facebook. Like how Mickey Mouse bought George Lucas. Please?