A Review Of CODE: Debugging The Gender Gap I recently had the opportunity to attend a viewing of the documentary CODE: Debugging the Gender Gap. From their site, “CODE documentary exposes the dearth of American female and minority software engineers and explores the reasons for this gender gap.”

In the early days of programming, women dominated the field. Building physical machines was the hard work for men, and programming was seen as the more trivial work for women.

As far back as the 1800s, we saw women dominating in computer sciences. I recently learned of Ada Lovelace from one of our web developers, Mattie Kenny. Ada Lovelace was a mathematician and writer who wrote the first algorithm to be read by Charles Babbage’s computer, the Analytical Engine.

In the first few decades of programming growth, we saw more and more women joining the computing field. Grace Hopper is a great example of women who paved the way early on in this field. She was a Navy admiral who invented the first compiler (a program that transforms source code into another computer language) for a computer programming language in the 1940s. By the mid-1980s, women made up more than 35% of computer science majors, which has consistently fallen over the past 25 years to the now 15%. So what caused such a drastic decline in the number of female computer science majors? This is exactly the question that CODE: Debugging the Gender Gap hopes to explore.

The film alludes to the introduction of the brilliant male hacker trope in 80s movies and pop culture being partly to blame. That, along with the targeting of video games to boys, started to really make the computer science field a “man’s world.”

Even in games like Metroid, which was released in 1987, we found ourselves with our first female main character in video games, but she was only acknowledged as female when seen as a “reward” in the game. While in the mysterious head-to-toe power suit, the protagonist is referred to with male pronouns. The only time the character is seen as a woman is when the player finishes the game in under five hours and unlocks her as a reward. 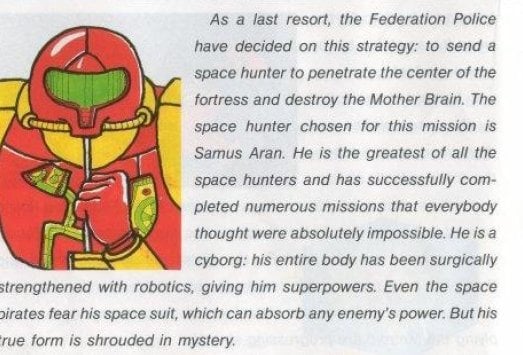 Moments in history like those referenced above, which could have provided an exciting role for females interested in computer sciences, instead failed by objectifying women rather than empowering them. The results of these events and how the gender gap in this field has grown are exemplified in CODE, which shows us the unwelcoming workplaces commonly found filled with “brogrammers” these days. “A lot of women call it death by a thousand cuts, or microaggressions,” Director / Producer Robin Hauser Reynolds says. “It’s going to work every day and (having) to prove over and over, beyond what a man has to do, that you belong in that place.” The primary tension that this film portrays is that women with an interest in programming face a lot of roadblocks and challenges if they hope to make it in the field. It can be alienating to work in a field surrounded by those who continually make efforts to keep you from succeeding.

Where CODE succeeded, however, was in showing successful women like Yelp’s software engineer Jen Wang and Pinterest’s software engineer Tracy Chou. These women are powerful, positive role models who love their jobs and clearly believe that having more powerful women in leadership roles in computer science fields can help make the opportunities more approachable and increase the number of women drawn towards these fields.

While the beginning of the film covers the negative results of previous events (the decline of women studying computer science and the hostility towards females in the tech workplace), the second half of the film provides a light at the end of the tunnel so to speak. Providing positive role models in STEM fields as well as opportunities to learn programming at a young age could surely do some good in reducing the gender gap in technology fields. Also, shedding light on positive workplaces in the tech field that employ a large number of women is a great way to open up the barriers to entry for women.

Something I recently said in an interview for another blog post of ours is that it takes just one instance of a young girl seeing a woman in a STEM role to think to themselves, “Hey, I could do that, too.” I hope, by continuing to be a knowledge resource in the industry through blog posts like this on code-focused industry best practices and changes, that I can help positively influence views around women in tech. I am so honored to have had my hard work at Search Influence recognized through continued career growth, and I can only hope that companies like ours that support women in tech continue to pop up around the United States.