What to Watch for on the Web: Tips From PubCon 2014

There was a lot to learn at Pubcon New Orleans 2014! Read below for the inside scoop on some exciting web-related trends we can expect to see in the not-so-distant future.

A Trend Toward the Visual

The belief is that the deeper into the future we go, the more visual-based our web experience will become. Pictures, and moving gifs, are increasingly at the heart of web developers’ designs. Just take a look at what amazon.com looks like today versus February 2000 or even compared to January 2008. And take a look at Disney World’s home page now versus what it looked like in 2000. It will be very interesting to see just how picture and gif-centric the web will become.

Optimizing for Wearable Technology might also be a big part of the future. Google Glasses and Fit Bits are just the beginning when it comes to this trend; think watches that control your home, clothing-embedded phone chargers, (and even wearable couture in the form of solar-powered color-changing clothes!). Nobody knows exactly what the trajectory of wearable technology will be, or how in the world we would optimize for it (!), but it definitely makes sense to stay on top of the learning curve when it comes to these advances.

Of course a blog about PubCon wouldn’t be complete without some interesting updates from Google! According to Danny Bernstein, Google’s Head of Product Partnerships, we can expect to see a lot of interesting expansions from Google coming our way; so, straight from the horse’s mouth, here are some interesting developments that we can be on the lookout for:

For one, Google is working to populate deep links to your relevant downloaded apps in searches, specifically on Android devices. So, for example, if you Google “Jurassic Park,” (because who wouldn’t want to do that?!) a hit that might populate in your search results could be a direct link to the Jurassic Park page in your IMDb app. Google is currently working on indexing all of these applications so that they can populate in an intuitive way in our searches. 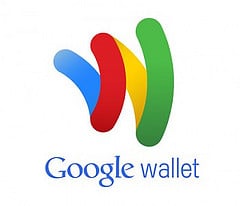 Google is also working to bring Google Wallet to the next level, which is an application that will make paying for various web services even easier than it is now. App developers can incorporate Google Wallet into their programming so that users can purchase their app’s related services with just a push of a button or tap of a finger. Additionally, businesses will be able to use Google Wallet to push various product promotions to their app’s users.

I’m sure I am not alone in my excitement to observe these exciting developments as they come to life!