Places You Don’t Want to Check-In on Foursquare

1. The Strip Club Strip clubs and cabarets may be suitable for groups of men celebrating a birthday or a bachelor party; however, it’s never ever the proudest moment – you’d best stay incognito. 2. A New Jersey Nets’ Game Being a true sports fan that sticks with your team through the highs and lows is very respectable; however, when your team posts only 12 wins in an 82 game season, you’re going to want to separate yourself from the train-wreck. If you’re supporting your Nets, it’s in your best interest to do so in private.

P.S. Don’t check in to the Nets on Gowalla either.

3. The Sperm Bank Whether you’re trying to make a buck or simply spread your seed to anyone that’ll take it, checking in from a sperm bank is simply too much information and will never shine too brightly upon your reputation. Good luck living that one down! 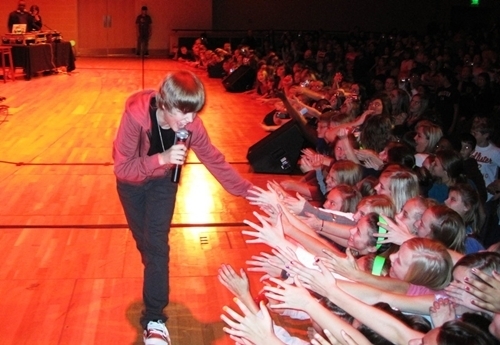 5. A Plastic Surgery Clinic Considering it’s always the big scandal when a celebrity secretly gets plastic surgery, it’s pretty clear that the plastic surgery clinic is not a place of great pride. If plastic surgery of any kind is on your agenda, you should keep it to yourself and away from your Foursquare app. 8. Wal-Mart Yes, the bargains are unbeatable but there is that certain stigma that causes us to never be fully proud of admitting we stepped foot in a Wal-Mart. Considering the Grade-A characters that waltz through their doors, deep down we probably fear being lumped into the same social group as the oddly shaped couple in the Looney Tunes t-shirts. When at Wal-Mart, don’t check-in.

9. Jail Who knows what you did to deserve a night or more in jail but you’re only given one phone call for a reason – it’s not a proud moment and only those closest to you, that love you unconditionally should be notified of your incarceration. 10. The Welfare Office We all fall upon hard times and some of us even turn to the government to see us through but if you’re standing in the welfare line and checking-in on foursquare, your priorities might be in need of some adjustment. Welfare isn’t fully shameful but owning a high-tech gadget while claiming your check surely is.

12. Waffle House Much like the Wal-Mart, even though we’ve all found ourselves in a Waffle House at one point in our lives, there is a certain shame that it carries with it. With nicknames such as the Awful Waffle and the Awful House, it may taste great in a drunken haze but it’s a personal experience that doesn’t need to be shared beyond your booth.