So it looks like Hurricane Gustav is heading this way and it makes me think… What are the 7 searches we should have already done in preparation for Gustav?

Is it too late to find a Hotel near Graceland?Â I’ve never been to Graceland and it’s on my list.Â Hurricanes always seem a good excuse.

If Google Trends is any indication this may be a big one:

Me, I’m thinking the Heartbreak Hotel.

You see, we just bought our new house and from what I can see we’re right in the path. Talk about heartbreaking…

At least it will be forever memorialized in Google street view.

So last time, during Katrina we lost all cell service because the switches for the 504 area code went down. Maybe instead of searching I should be calling my mother to get me a New York Cell Phone.

So rather than lamenting in advance the loss of our new home, maybe we should be looking for some plywood. 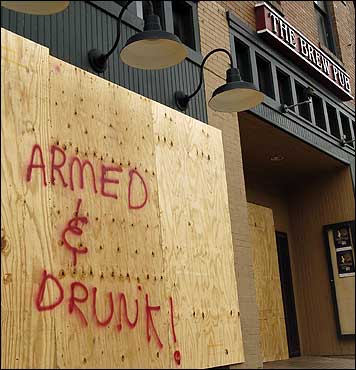 Clearly we don’t have enough bottled water around either.

And since we may be driving a while, cheap gas would probably be helpful. 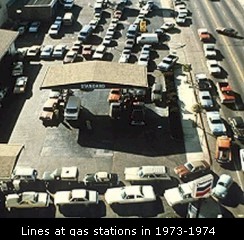 Gas Lines in the 70s - Courtesy of projectbronco.com

And since all that sitting can’t be good for the back, we might want to search for a chiropractor in New Orleans .

Of course, if it’s anything like last time, we’ll probably want a boat too.

And finally, what a lot of people may soon wish they’d search for, another place to live.

In All seriousness, they usually track left at the last minute so I’m not concerned (yet) but the pictures are telling a pretty scary story: As you can see, it doesn’t look so good.

And the worst part is… My 6 y.o., Joseph, has a birthday party on Saturday.Â There will likely be a worse worst part before next week is out but for today that’s our top concern.

** Update 5 AM August 28th – it’s tracking a little left and slowing markedly.Â There’s hope for the birthday party yet!Â We’re having it at the relatively new “Cafe au Clay” where the kids will paint dinosaurs.Â It’s a great location for an Uptown New Orleans kids birthday party.